I have a few announcements about the new year. Stephanie Dixon is back. So, for everyone out there who has been itching to take her wire crochet and wire lace classes, now you can! Stephanie also has a few new classes. I won't spoil it, but they're pretty little dainty things (duh).

There is a lot to look forward to in the new year. Bead shows (in and around Toronto), 5 Guest Instructors (details coming soon), and more Awesome Classes. Here are only some of the classes in January: 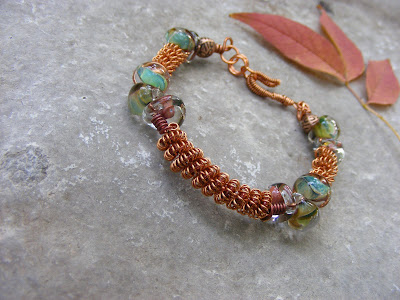