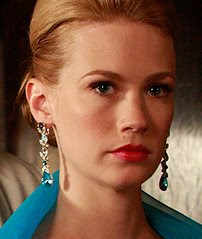 Have you seen this series - Mad Men? It's been getting a huge amount of hype lately, and normally, I equate tv + hype = tripe and avoid it at all costs.

However, this long weekend, I stumbled upon a marathon of re-runs of it, and got snagged by the look and feel of the show, and before I knew it - 3 hours of my life had gone. I was entranced. The writing is really d--- good. B. amazing, in fact. No cliches, no platitudes - no likable characters (well - Peggy isn't too hatable - a sort of Ugly Betty character with more depth - played by Elisabeth Moss - remember Zoe Bartlett from West Wing? In fact, a number of notable luminaries from West Wing grace this, including some of the writers, which I suspect accounts for its superiority.) 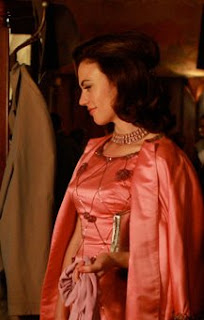 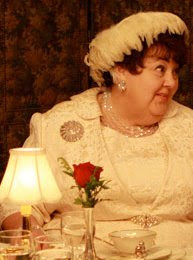 Just look at this stuff. Huge sparkly brooches. Rhinestone collars. Drippy pearls. This is the stuff of dreams - well it's the stuff that got me started first collecting and then making jewelry, so for me, this is the motherlode! 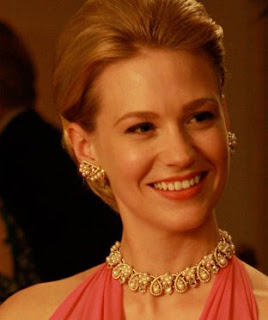 I strongly suggest watching an episode or two just for the jewelry. Oh, and 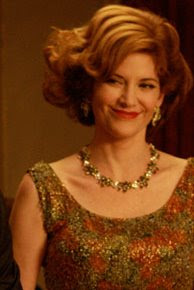 there are horses occasionally too. How bad can that be? 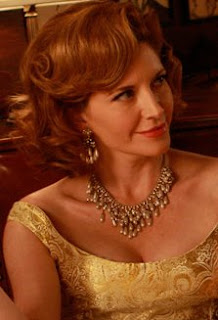